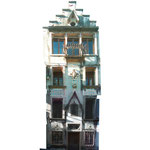 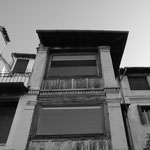 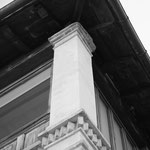 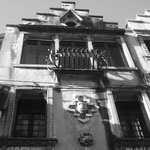 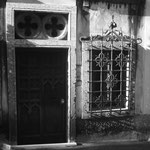 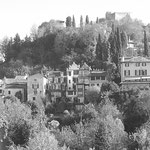 The building is located within the historic center of Asolo along the road , crossing the southern gate of the city, leading to the convent of St. Anne and then the fraction of Pagnano . It is a building erected in the late seventeenth century and completely restored in the second half of 800 . In fact , retains some original parts , especially as regards the supporting structure while the outward appearance was completely converted with century restoration .
Currently the building has some signs of deterioration on both the front towards the road towards the valley. This has prompted the owner to want to intervene in order to stop some of the phenomena that already are occurring as the onset of mold or the detachment of parts of plaster.
In particular, the works include the timely repair dell'intonato where this is absent due to the detachment. This situation is detectable in both the facade facing the street in some places of the facade overlooking the valley, especially those attacked by weeds such as ivy ( Ivy Arborea ) or some species of Gramineae .
In addition, the wooden parts of the facade towards the valley are clearly degraded due to exposure to the elements and require work to clean up the mold and paving of protective varnish.
The small shed that breaking away from the terrace protected from the elements the lower part of the facade requires the refinishing of the roof tiles in the extirpation , where necessary, of the weeds that have found a home and have contributed to the move from their original location tiles. In the upper part of the facade , the lack of a transportation flap coverage shall submit to the continuous action of the weather . It riscontano also substantial deposits of moss and the proliferation of mold colonies , in the vicinity of the points most exposed to the water flow . A similar problem is found in a mirror facade to the street . Also in this context the painting walls with geometric diamond is washed out largely in the window sills and in all those parts most exposed to the actions of weathering and rainwater .
The actions that you want to do are mild and vary according to the criticality observed , particularly at the points where it highlights the fall and loss of parts of plaster, with exposition of the inner layers of plaster or media will proceed to preventive cleaning with compressed air jets moderate wetting and pre-harvest treatment area. Reintegrazuine with hydraulic mortar of lime, sand and with the addition of natural lands choices and dosed so as to give the mixture hardened the tones of the surrounding area.
Where is presented instead a thin , soft and smooth , and adhering to the surface of apparent biological nature , varying in color , consisting mainly of microordanismi ( mosses and molds) , we will proceed with the disinfection and softening of the surface with ammonia. Clean brushes with water spray and sorghum , for the removal of moss with wooden spatulas . Protection with the sodium salt of the acid dimetilditiocarbonato .
In the points where it is underlined the weeds, or the presence of plants of higher order, we will proceed with the application of a herbicide. 15 days after mowing manual extraction and , if possible, of the radical .
In the front - facing street, the mural painting in blue and yellow diamonds will be resumed , restored where washed away, and the choice ofcolor will be done in harmony with the original one, but focusing on the soft tones in order to return the design and color scheme primitive without markedly emphasize the new intervention . Basically you want to preserve the facade decoration without having the presumption to return to the initial state period , but simply to allude to .
On the terrace protruding on the road will be putting a metal flashing that prevents the flow of rainwater from dripping down the wall preventing a rapid damage to plaster, paint and stone elements of the main facade .
In the end it will replace the elements copper downpipes and gutters that are damaged and are no longer able to guarantee a correct system of rainwater drainage . for the same reason it will be passed back , the cover of the jetties of the facade of the terrace overlooking the valley .